Ecosystems are complex. If we try to describe an ecosystem simply by listing its parts, we will fail terribly! Ecosystems are defined by the interactions between living (biotic) and non-living (abiotic) factors in an area. They are even more complex as it is hard to draw a line between different ecosystems, because they are all interconnected; the conditions in one area affects the conditions on the other side of the world. Thus, when we talk about ecosystems we are actually talking about divisions of the biosphere, the zone in the Earth containing life.

Interactions Between Biotic and Abiotic Factors

Each species on Earth is adapted to specific conditions and is distributed throughout the world depending on the environmental factors of different areas. The presence of a certain organism is largely determined by factors such as temperature, light, and availability of water, food, or nesting/breeding sites. Even though an abiotic factor may not influence an organism directly, it still may be extremely important. Light, for example, is not only essential for plants to perform photosynthesis. Most animals need light because they either consume plants (which need light to live) or they actually need light to warm up and to search for food.

The same happend in reverse, as abiotic factors are influenced by the living organisms in the area. If an area contains many plants, carrying out photosynthesis, that will affect both the temperature of the area and the concentration of carbon dioxide in the air.

Biomes
Ecosystems with defined characteristics can be called biomes. The major biomes of the world are desert, grassland, shrubland, tundra, taiga, temperate deciduous forest, temperate evergreen forest, and tropical rain forest (EARJ's biome!).  The relationship between rainfall and temperature with the distribution of biomes around the world is shown in the diagram below, taken from Andrew Allot's Biology for the IB Diploma. 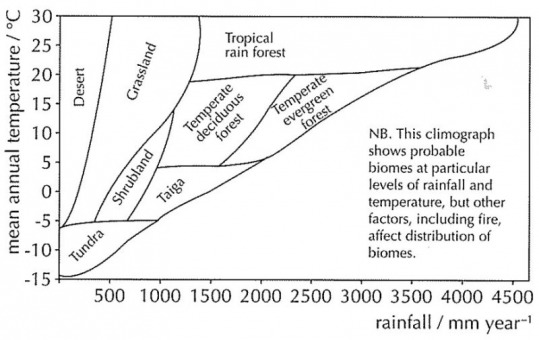 Forms of Interaction
Relations can be harmful or beneficial, and can sometimes even help one organism but harm the other. Below are some types of interactions and examples.

Interactions Within a Population 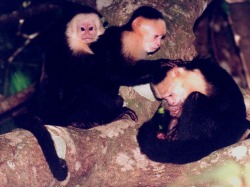 Capuchin Monkeys Interacting
The capuchin monkeys to the right are displaying a series of interactions. The young individual is holding on to a parent, probably seeking help for locomotion. The parent, in its turn, is grooming another individual, removing its lice. In this case they are helping each other. Yet, interactions amongst population may also include competition for resources such as food, water, nesting sites and mates. 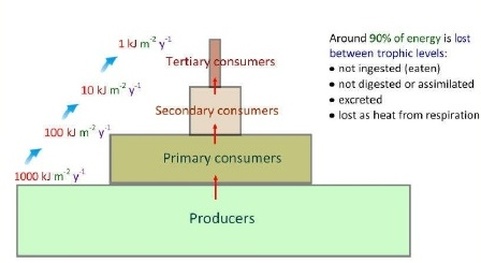