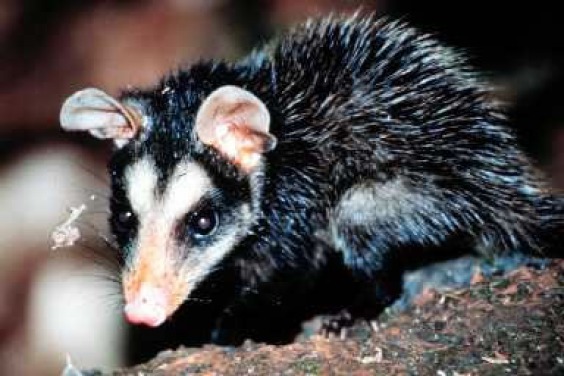 Opossums have tails that are hairless and scaly at the end, allowing them to use their ta﻿ils to hold on to things.  This allows opossums to hang from branches, which is what they are most widely known for.

Opossums are nocturnal and solitary.

Habitat:
Found: along the Atlantic coast of Brazil to northeastern Argentina and southeastern Paraguay.

Seasons:  There are two discrete seasons: a warm rainy season from September to March and a cool dry season from April to August.


DANGER: Opossums may transmit rabies if they bite you!